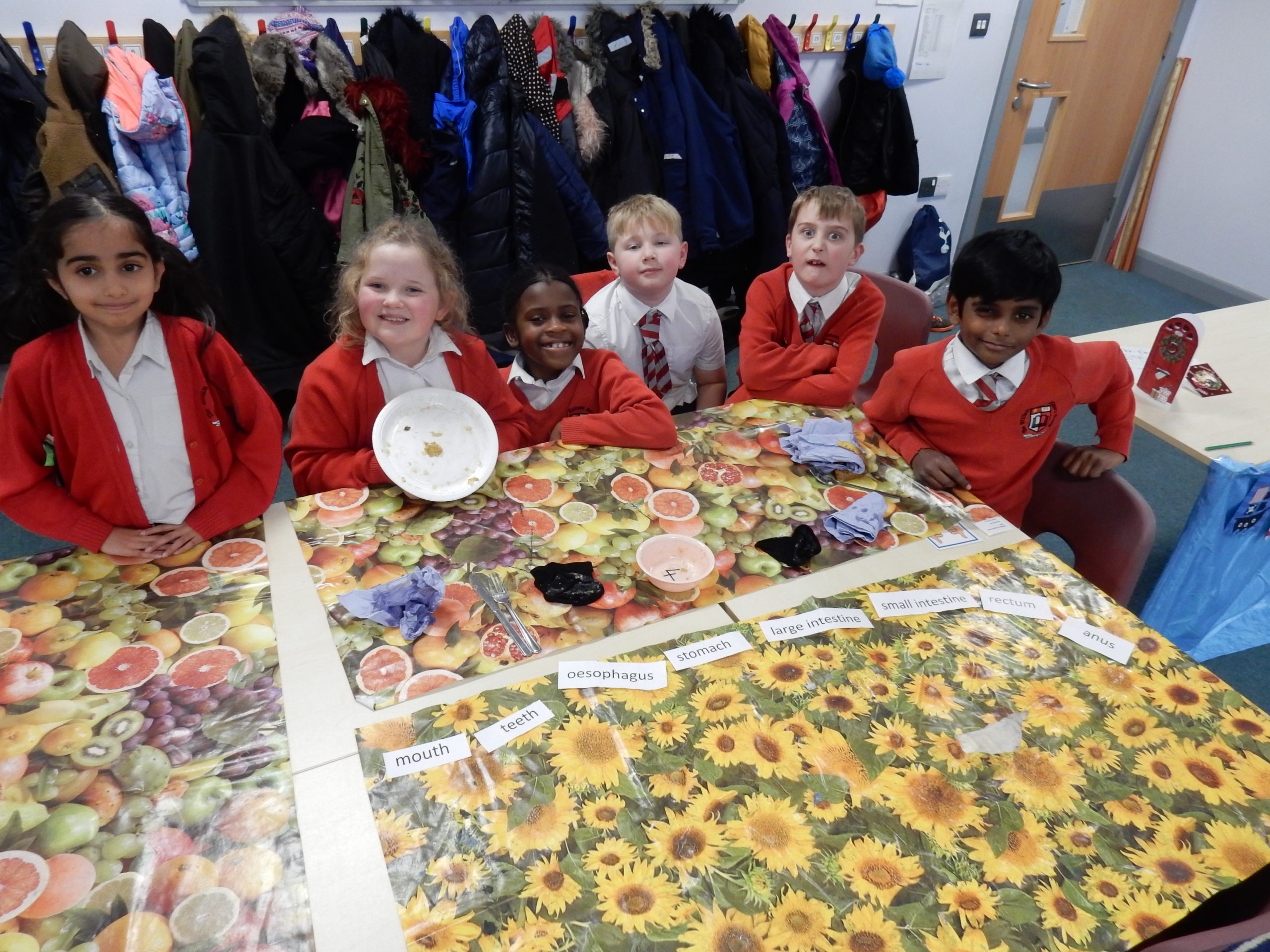 In the last week before Christmas, Beech were given a rare opportunity to play with their food. Having looked at digestion in autumn term, it was time to see what they had remembered so they were given a collection of unusual items and asked to turn them in to the digestive system. The only thing they were told was which items were not part of the system and were just there as a piece of equipment. It was great to see them working together in groups and hear the conversations being had. They listened well to one another and gave good reasons for their ideas, as well as had fun making a bit of a mess!

The children labelled their models, do you agree with which items were used for the parts of the digestive system? We also looked at teeth. Can you tell which piece of cutlery was which type of teeth?