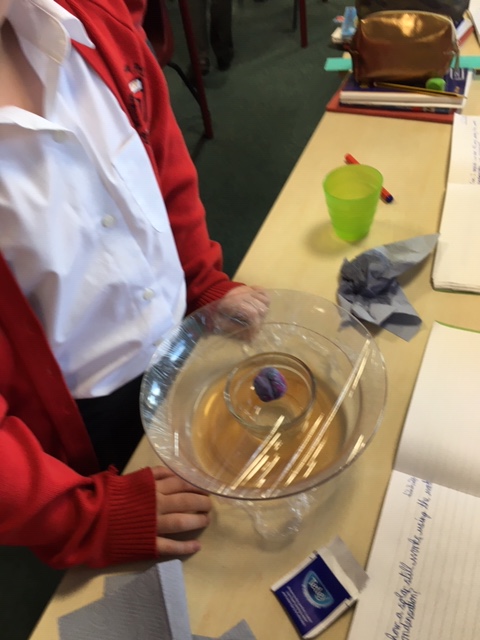 As part of Science Week, Willow Class made solar stills to explore the water cycle.

After listening to the Bear Grylls ‘Desert Challenge’ story and watching him make a still in the desert and drinking his own distilled wee, the children made their own.

Now it wasn’t the best day for solar stills as it was very blustery and there was intermittent cloud, but it did work (although the volume of water wouldn’t have kept us alive for long!).

The children poured wee (tea) into a bowl, with a pot in the middle for the cleaned water. The bowl was covered in cling film and a weight put in the middle.

The science: the water from the wee evaporates due to the heat of the sun. The water then condenses as it hits the cooler clingfilm and rolls down to the weight and then drips (precipitates) into the container in the middle.